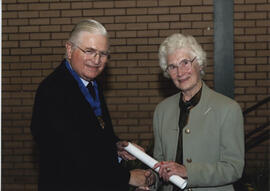 Photograph of Margaret Spouse receiving a scroll from Lord Mansfield at the AGM, 2004 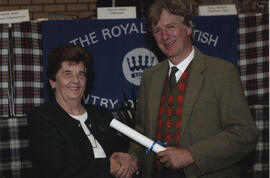 Photograph of Jessie Harper receiving a scroll from the Hion 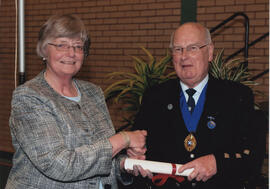 Photograph of Dorothy Hamilton being presented with a Scroll by Alastair MacFadyen at the AGM, 2009 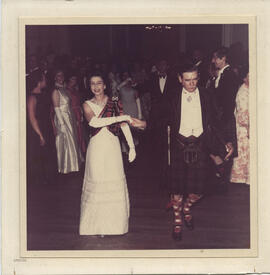 Photograph of H.M. The Queen and Sir Iain Moncrieffe taken at the RSCDS Jubilee Ball 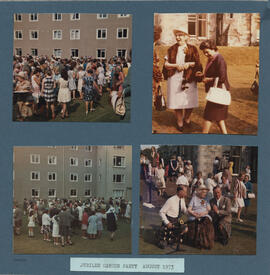 Photographs taken at Golden Jubilee Garden Party mounted on a board 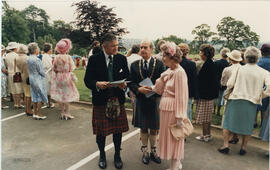 Photograph of The Earl of Mansfield, Alastair MacFadyen and Muriel Gibson 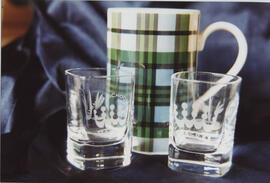 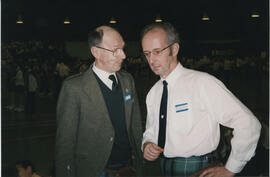 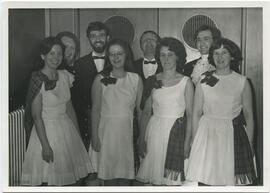 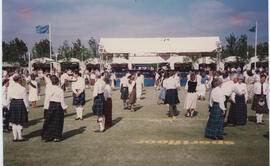 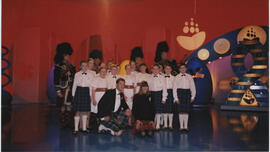 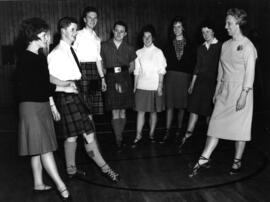 Photograph shows members of the class with their teacher (Adele McKinnon) 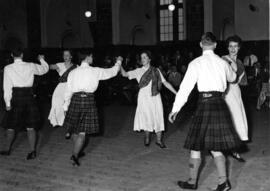 Photograph shows demonstration in Birminham. Reverse has the autographs of the dancers. 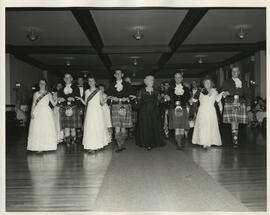 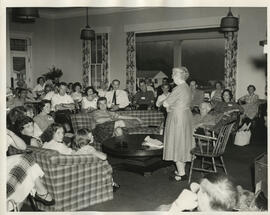 Photograph of Jean Milligan speaking to an audience in Bedford, New Hampshire 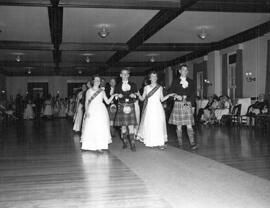 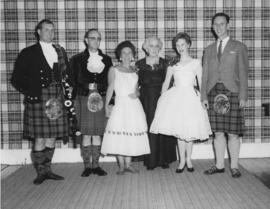 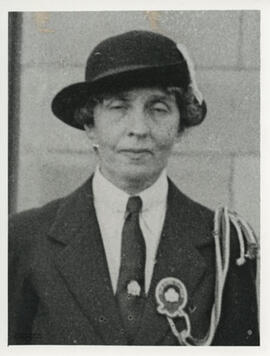 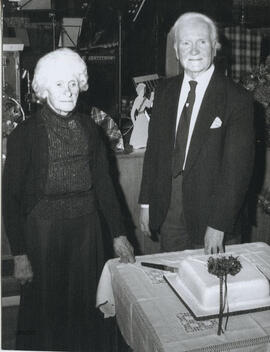 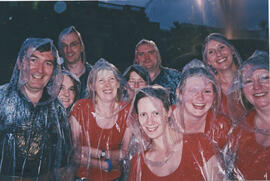 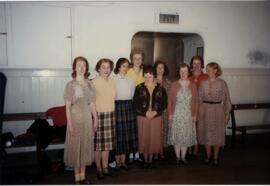 Cascade of photographs illustrating the title of dances: The Kilt is my Delight, Just as I was in the Morning, The Sailor, Haste to the Wedding, The Priest and his Books, La Temp?te and Pas de Basque. 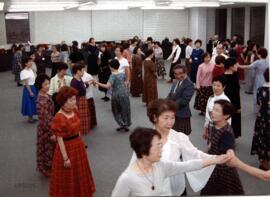 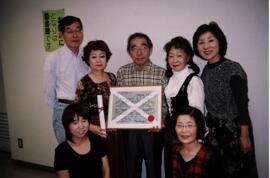 Photograph of members of the Tokyo branch Committee

Photograph of the stage at the European Folk Dance Festival in Venice. Taken from the back of the crowd

A Collection of Scots Measures Hornpipes Jigs, Allemands Cotillons. And the Fashionable Country Dances with a Bass for the Violoncello or Harpsichord

A Collection of Scottish Step Dances

A Collection of the best Highland Reels

A Companion to the Ball Room, Containing a choice Collection of the most Original and Advanced Country Dances, Reels, Hornipes, Waltzs and Quadrills etc. etc. with appropriate Figures to Each. The Etiquette, and a Dissertation on the State of the Ball Room

By Thomas Wilson. Published by Original printed by D Mackay

A Favorite Collection of Popular Country Dances, Arranged for the Piano Forte, Violin etc. with their proper figures

A Handbook of Traditional Scottish Dance

By George S Emmerson. Published by Galt House Publications. Study of the history and culture of traditional dances

A Mixture for all. A Selection of Scottish Country Dances devised by Nick Higgs A member of 'The Macaulay Dancers' Bournemouth Branch RSCDS 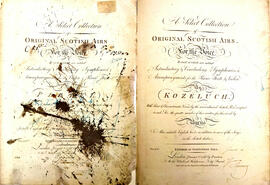 A Select Collection of Original Scotish (sic) Airs, For the Voice. To each of which are added Introductory & Concluding Symphonies, & Accompanyments for the Piano Forte & Violin

Two publications bound together in a single volume. The first publication is the arrangements by Pleyel, and the second by Kozeluch . Published by Printed and sold by Preston at his Wholesale Warehouses 97 Strand, London and by the Proprietor G...

Allan's Ballroom Guide. An Authentic Description of All Dances in General Use by A. Cosmo Mitchell

By A Cosmo Mitchell. Published by Mozart Allan, Glasgow.

An Analysis of Country Dancing: wherein are displayed All the Figures ever used in Country Dances, ??

An Introduction to the English Country Dance

By Cecil J Sharp. Published by Novello and Company Ltd, London Contains the description together with the tunes of twelve dances

Analysis of the London Ballroom

Back in Step - The Complete Scottish Ceilidah Dance Vol. 2

By Karin Ingram & Freeland Barbour (editors). Published by Bonskeid Music in conjunction with the recording 'Back In Step' by The Occasionals

By John A MacLellan Pipe Major compiled by. Published by Paterson's Publications Ltd

By Hugh Foss with music arranged for the piano and piano-accordion by Peter White, 1961. Published by Hugh Foss. Copy belonged to Bill Ireland

Contents of the Gow Repositories in possision of Eugeni Sharp

By John Fitzhugh Millar. Published by Thirteen Colonies Press, Virginia. History, directions and tunes for 203 longways dances and 47 square dances of early America, Canada and the Caribbean, together with clothing patterns

By Thomas Bray. Printed by William Pearson for the Author Includes The Scotch Measure, a New Country Dance

By Christiane Hansen and Else Bartholdy. Published by Wilhelm Hansen, Musik-Forlag Booklet of music for 105 Gymnastic Exercises with an accompanying booklet describing the exercises

Echoes of a Golden Age

KTG - know the game series. Produced in collaboration with the English Folk Dance and Song Society. Twelve dances with music. An introduction to English Country Dancing.

By Alexander Leburn and James Walker. Published by The Highland Music Trust, Inverness

By Neil Gow and Son, second edition. Published by the author

By Mary Chapman (composor). Published by The National Council of Girls' Clubs, London

By Published by Acair Ltd, Isle of Lewis. Dancing in the Hebrides, handed down from Ewan MacLachlan, 19th century Dancing Master and transcribed by Mats Melin

Index of Tunes associated with Scottish Country Dances published since 1923